Mehran Saeedi did his honours project at the Chair of Structural Analysis (TUM).

In this project a method of generating turbulent velocity inlet condition is implemented. The generated velocity fluctuations have the same statistics as of the atmospheric wind and match the reference spectra very well. However, for a CFD simulation with this inlet data, numerical schemes should be selected such that the inlet wind properties are preserved throughout the domain. The goal of generating fluctuating boundary conditions is to study dynamic wind loading on structures. In the second part of this work, generated inlet data is used for Fluid-Structure Interaction simulation of a rotating blade. First, aero-elastic behavior of the blade without rotation is analyzed. Then, using an ALE frame, FSI simulation of a rotating blade is performed. The considerable effect of blade deformation in power generation is showed. Furthermore, the importance of having a realistic inlet condition in calculation of wind load on the blade is studied. It was observed that even though the mean power generation is not sensitive to the wind dynamics, structural load on the blade can be highly underestimated by using a uniform velocity at the inlet. 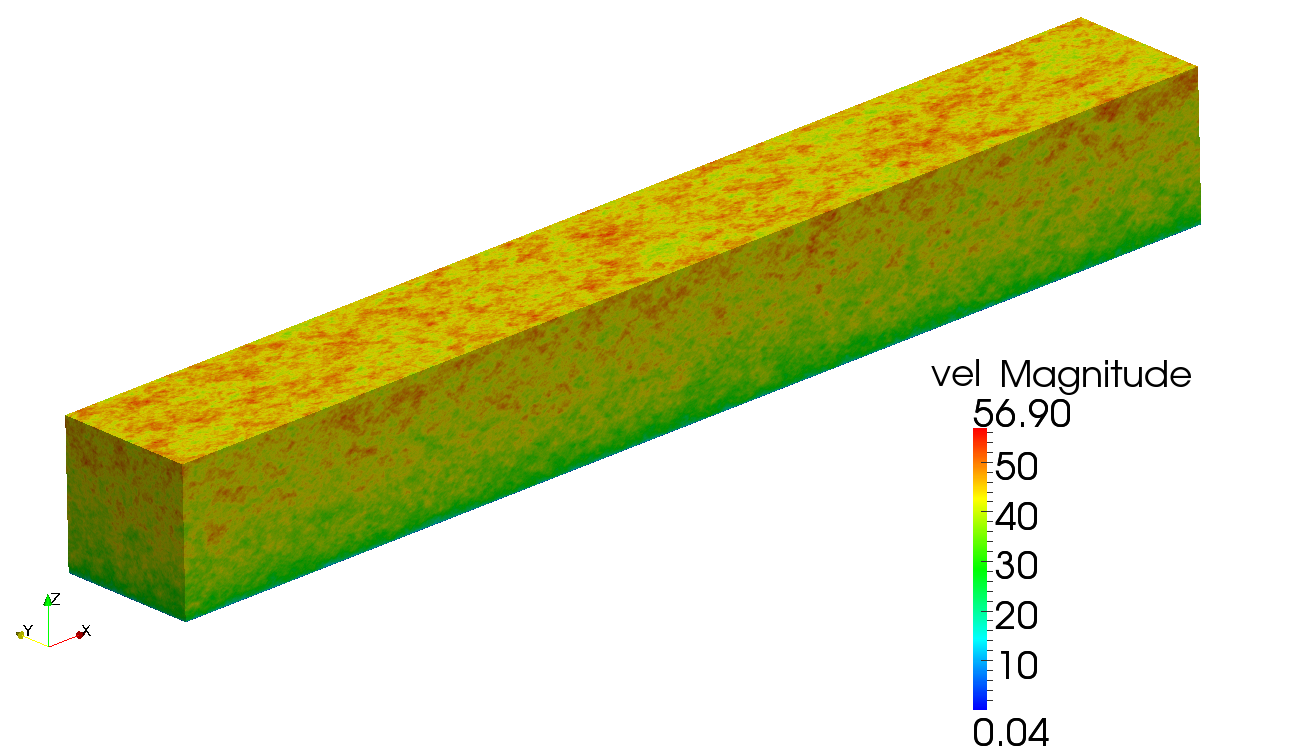 The generated inflow data is used for FSI simulation of a representative blade. The simulated blade is a rectangular plate with 60 degree twist along its length. Angular velocity of the blade is calculated from the torque applied on it by the wind flow. A linear model is used for the resisting torque from the generator. Bending deformation of the blade is calculated using linear Euler-Bernoulli beam formulation. Using fluctuating inflow condition is of foremost importance in analyzing dynamic effects like fatigue. This importance is observed by performing simulations for uniform inflow condition and also for fluctuating inflow. Higher peak loads where observed for the case of fluctuating inflow. The role of flexibility of the blade is also studied by comparing the results of rigid rotating blade with the results of aero-elastic rotating blade. Lower power generation was observed for the case of aero-elastic blade. 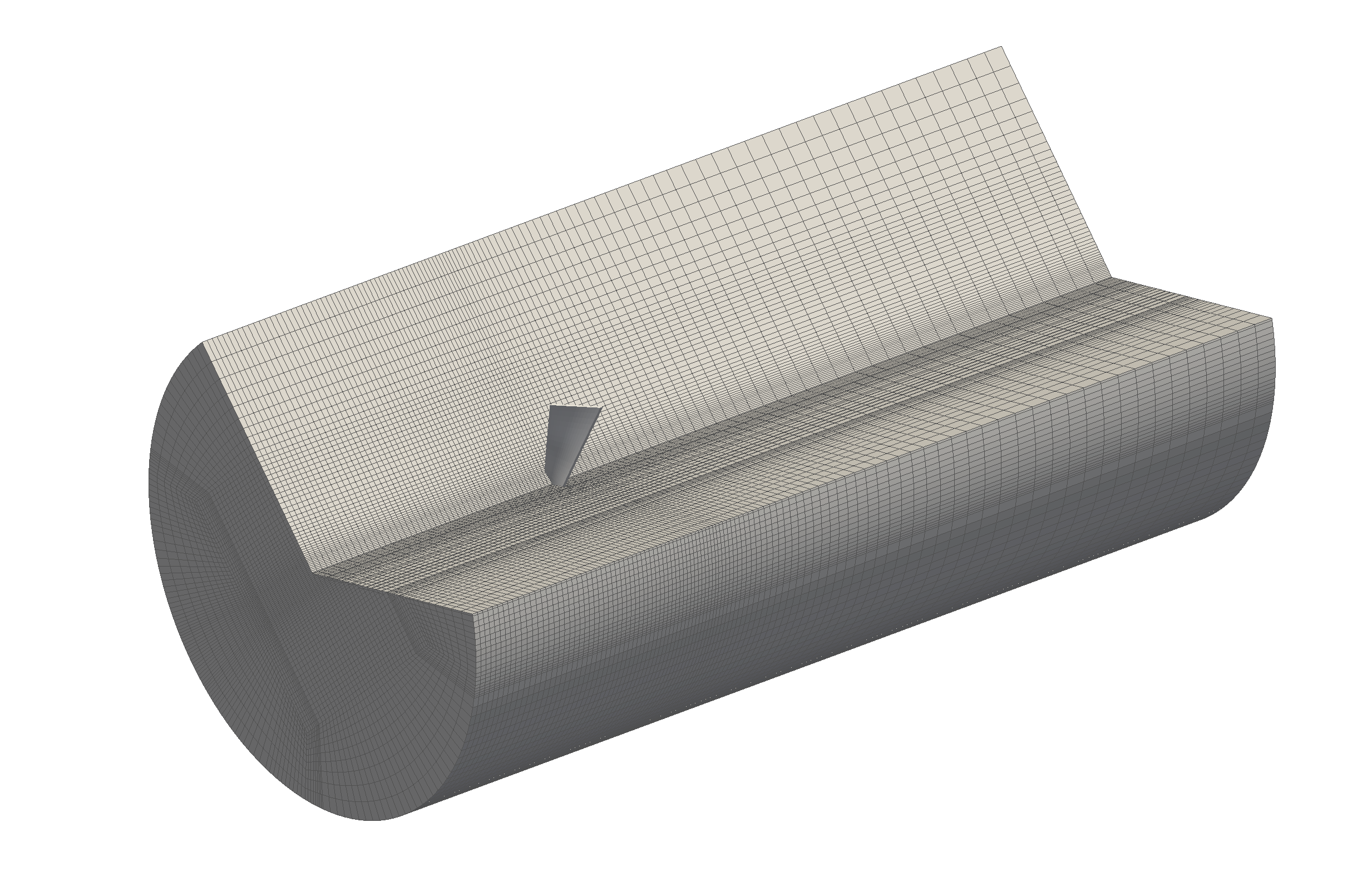 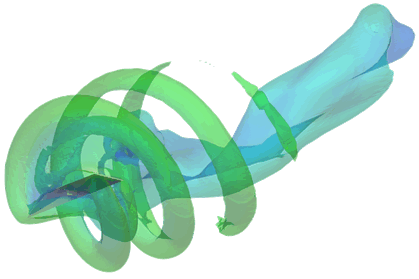 Isosurface of tangential velocity of 2.1 m/s