Omer Demirel, Dheevatsa Mudigere, Kaveh Rahnema and Yang Li did their honours project at the chair of Scientific Computing, TUM.

In the scope of this project, we developed controllers for the self-erecting inverted pendulum, based on three different approaches and compare them to get a detailed insight into their working.

The classical approach of control theory is to develop a mathematical model for the system and then to develop a corresponding controller so that the closed loop is stable (PID- controller). A second approach is the use of a so-called fuzzy-controller, which doesn’t need an explicit model of the system. Another interesting possibility is to use self-learning controllers that learn automatically how to control the system. Techniques such as neural networks can be used for this task. The focus was not only on the controllers themselves, but also on their visualization and demonstration via an interactive graphical user interface. Throughout the project, respective software engineering principles (e.g. project management principles for work division, modular and reusable design, multi-tier architecture, integration, and testing) were exercised under the supervision of Martin Buchholz. The complete software package was later presented to the project customer Dirk Pflueger. 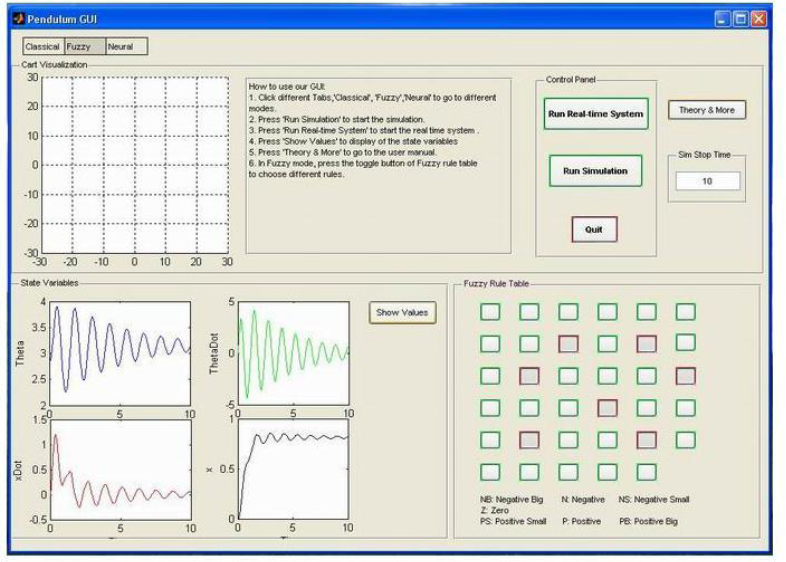